Tottenham Hotspur against Manchester City is the big derby of the first round of the
Premier League 2021/22 season. Stay with us because we will try to offer you the best
possible best soccer predictions for today.
Tottenham Hotspur start the new campaign with a brand new manager on board. He’s a
well-known name in the league though because we are talking about Nuno Espirito Santo –
the former head coach of Wolverhampton Wanderers. The Portuguese tactician did some
terrific work at Wolves, but now he faces a brand new challenge – Spurs are a bigger club
and there would be even higher expectations for his work.
Spurs already did some work on the transfer market. The Londoners managed to snatch
one of Spain’s best young talents – Sevilla’s Bryan Gil. As a part of the deal Erik Lamela
left Tottenham and will play for Los Rojiblancos next season. Spurs also signed Atalanta’s
goalkeeper Pierluigi Gollini who will be loaned until the end of the campaign.
Erik Lamela is not the only player who left Tottenham this summer. Toby Alderweireld, Joe
Hart, Juan Foyth, Danny Rose and Paulo Gazzaniga left the club as well. Meanwhile
Gareth Bale and Carlos Vinicius returned to their clubs after the end of their loan deals.
Harry Kane’s future remains uncertain, though. The striker wants to move to another club
so he didn’t returned to London to start his pre-season. It’s still not clear what decision
Tottenham will take about Kane.
Manchester City will try to defend the Premier League crown they won last season. On the
transfer market the Cityzens will spend some big money again. They already agreed a 100
million deal for Aston Villa’s Jack Grealish while Tottenham’s Harry Kane is another player
they are trying to sign. These two players alone would cost City more than 200 million
pounds. So far they only signed the veteran goalkeeper Scott Carson who will continue to
be City’s third-choice goalie. 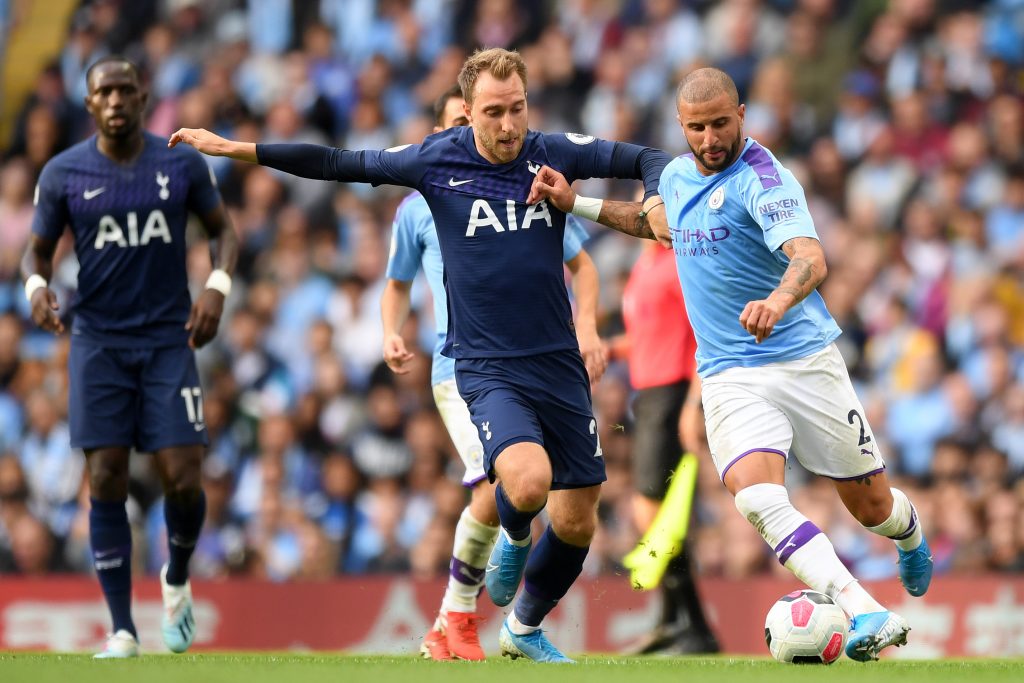 For a first time since many years Sergio Aguero won’t be part of Manchester City. The
Argentine star left England and returned to Spain to play for Barcelona. The young centre-
back Eric Garcia took exactly the same decision so he will play for Barca, too.
In their last friendly game Manchester City showed some muscle and enjoyed a 4-1 win
against Blackpool. On August 7 they will have to face Leicester City for the Community
Shield trophy at the Wembley. This would be their general repetition before facing
Tottenham at the Tottenham Hotspur Stadium.
That’s the best soccer predictions for today for the Premier League clash from the first
round between Tottenham Hotspur and Manchester City. Spurs have the home ground
advantage, but it’s still not clear how the new manager Nuno Santo will do with the
Londoners. At the same time Manchester City are a well-working machine under the
management of Josep Guardiola. They were more than convincing last season, so now
they will try to win their 4th title since the arrival of Guardiola.